The stereotype is that marijuana makes you stupid.  This certainly seems to happen in the short run. Marijuana has been shown to negatively impact cognitive processes in adolescents.  Short-term memory suffers in adults too; as pot smokers forget things – why they just entered that room, for example.   In medical cannabis this is considered “the negative side-effect of impairment.”  When dosing medical cannabis the goal is usually to dose low enough that impairment is minimized.  Research has shown that in some cases cannabis is neurprotective.  It may prevent damage to brain cells. Can medical marijuana help improve cognitive functioning? 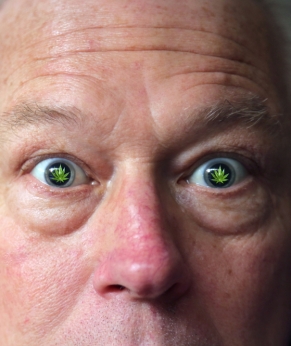 A 2016 study led by Staci Gruber, Ph.D. suggests that medical marijuana may actually improve executive functioning in adults. Dr. Gruber works at the McLean Hospital Imaging Center in Belmont, Massachusetts and is on the faculty of the Harvard Medical School.  She and her colleagues followed 24 certified medical-marijuana patients over a three-month dosing period. Their cognitive skills were measured with a battery of tests that included the Stroop Color Word Test and Trail Making Test.

Subjects in the research improved in their speed of performance on these two tests and their accuracy remained constant.  The authors acknowledge that there is a possibility that this improvement in speed is due to “practice effects.” We tend to do better on a test when we have taken the test before. The authors cited past studies that people taking these particular tests don’t usually improve, even with weekly “practice.”

The authors note that the medical marijuana patients participating in the study also reported improvements in many of their symptoms.

You can read the full study here:

Splendor in the Grass? A Pilot Study Assessing the Impact of Medical Marijuana on Executive Function

Before Covid I worked with chronic pain patients as a clinical psychologist. Many of them reported significant relief from cannabis and CBD. I was ready to retire anyway, and the pandemic hastened my retirement. I have been studying cannabis for several years and used CBD products for my own chronic pain. THC has been illegal where I live, but was recently approved for medical use. View all posts by cannabispharmacy

This site uses Akismet to reduce spam. Learn how your comment data is processed.